Something I never expected to happen occurred this last week. Morgan forgave the injustice she felt I’d done to her a couple years back.

What happened was, when I first saw Morgan back in 2010 or so, I knew I wanted more. More Morgan. I was dying to draw her (as it’s no secret I’ve got a soft spot for punker girls) and add her to the postcard. I admittedly was also dying to nose my camera into her life some. I still hadn’t even introduced myself when I was handing out the 2011 postcard with her on it.

I forget who it was that showed it to her, but I do remember seeing her precious reaction. I wish I’d been filming because it got the cutest smile out of her. A smile that read of flattery with just a touch of embarrassment. From that point on she started hanging out and letting me film her. And there was always something to film when she was around.

She has so many standout videos. Her and the gang singing “Brown Sugar.” That’s a classic. Her swooping in and rescuing us from the creep who wouldn’t leave. That was an absolutely priceless moment for me. And once, as we were walking back to Union from St Marks, after she’d almost beat a man with a chain she told me, “I need someone to film my life. Someone’s gotta be documenting the shit I go through.” That’s when she invited me to film her – Whatever/Whenever. I asked her, “If shit’s looking dangerous, and you look pissed at me, should I still be filming?” (something I’d witnessed before). She couldn’t guarantee my safety, even from her, but the answer was the same – “Yes. Film it.” And that’s how it began. I never wanted to break that trust.

Unfortunately she didn’t completely understand what she was getting herself into, and on one particular weekend when she introduced me & YouTube to her new beau Devan, it crossed the limits of what she thought she could handle seeing of herself. The video blew up too, and she was getting recognized, and having even to deal with fans from the site. After all of this, I started to see less and less of her, until finally I’d heard she wanted the video gone. She didn’t want to be filmed any more.

I completely respected that. I would even put my camera away if I saw her after that.

I’m never that surprised when someone from the streets finally sees their video, hates it and regrets ever letting me in. In this case though, it was different. When I’d heard it hurt her I was really sorry. So I’m glad we’re friends again. 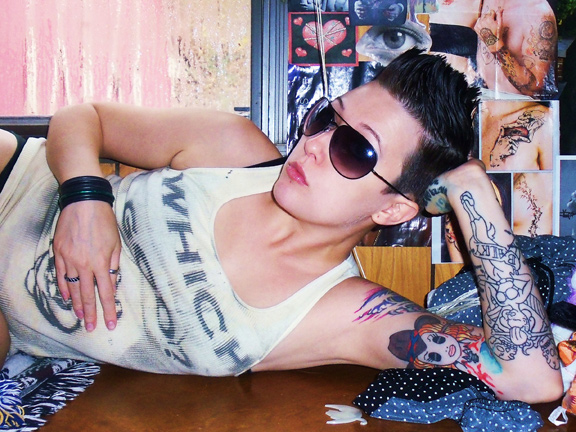