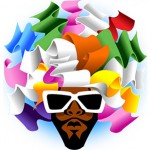 Back at around 2010 the Peeper epidemic was getting out of control. Men coming to the park to peep and take pictures up girls skirts was growing to Biblical proportions! It got so prolific that CNN even came down to the park to document what was going on between me and them! So I decided to document it in this series which I narrate to give you their techniques, styles, and the names we made up for each of them.

Methods of a Peeper Part 1

An introduction to the peepers and their methods.

A look at how the Passenger Window Technique can prevent the peeped from seeing exactly what they’re peeping.

Methods of a Peeper Part 3 – The Portrait Peeper

The Portrait Peeper uses the ruse that he’s sketching a portrait of the girls he’s peeping when in fact he’s simply sitting himself at an angle which allows for the best view. He later appeared on Inside Edition (at the bottom of this page).

There’s no better view for peeping than Front Row Peeping.

Methods of a Peeper Part 5 – Thwarting the Peeper

In this video we give some helpful hints on how to rid your comfort zone of a pesky peeper.

These next two videos focus on the Classy Peeper, who in the second video is happy to discuss his love for the art of Picture Peeping.

The Classy Peeper talks about his Picture Peeping

These are some additional quality Peeper moments caught on film.

Peepers on Inside Edition

Eventually I was able to get them on Inside edition who came down to the park, watched them for many months, then on the last week charged them with their cameras and sound equipment for a “To Catch A Predator” type interview. Few complied.