Have you ever had one of those weeks where you’re at a funeral for a family member and the pastor actually alludes that the deceased is maybe in hell burning forever because there was no clear declaration of accepting Jesus before he died? And it was preached right to the faces of weeping loved ones? Then a day later someone walks by you wearing one of those stupid Unitarian “Coexist” shirts that they probably bought because he saw a picture of it on Bono, and Bono’s always right about everything? Well, I had one of those, and it’s exactly what inspired the latest product I’ve just added to my store. 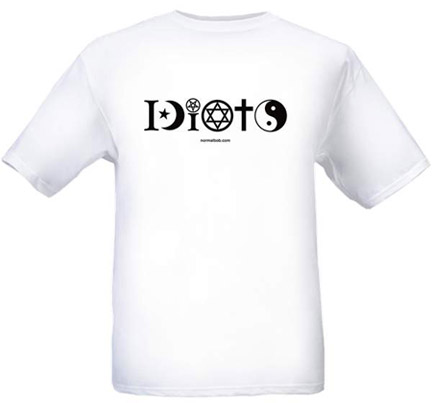 Tell everyone exactly where you stand and do it with an obnoxious, don’t-give-a-shit smirk. This new anti-Unitarian, anti-Bono statement will do exactly that. Guaranteed.