Remember back when I first posted Mohammed Dressup like almost a year ago and no one, and I mean NO ONE cared? Well now someone freakin’ cares! Enough to telephone his brothers in Islam and tell them to come hunt me down and slice off my crazy monkey head! And thus begins the much anticipated –
Crazy Islamic Fundamentalist Terrorist Death Threats

I just now returned from Union Square where I almost just got hit by a Peepers!

So I’m there with Bob and a friend of his and of course there’s a couple Peepers standing over by the garbage can peeping at two girls in skirts who’re sitting a few people down from us. So I get up and walk over behind one of the peepers and snap a picture of the back of his head peeping with the girls in the background.

I sit back down and I guess I was pretty obvious because then the one Peeper who was standing way behind me when I took the picture starts trying to stare me down. He’s looking at me with really squinty eyes to where it was difficult to tell if his eyes were even open. [Click to see him!] So I sit there talking to Bob and his friend about Peepers and other stuff and then I look over and the Peeper is scratching his nose with his middle finger, giving me the bird! So I say to Skater Bob “Hey look Bobo, he’s giving me the finger!”

And Bobo says, “Take a picture!” like he always says.

So I look at the guy and sorta give the international hand gesture for “Can I take a picture of you?” And he sorta nods his head, but now looking back he was more jerkin his head like someone who’s pickin a fight with me for being a wise-ass.

Then he sorta fake moves his arm at me like he’s gonna hit me, but he clearly wasn’t, and I didn’t flinch, and he walks behind me sorta mumbles something asking if I’m a homo then he walks away, and Bobo is laughin saying “He was gonna hit you Bobo!” (Yeah, we call each other Bobo. I know it’s confusing).

Anyhow the guy walks away and is on the other side of the park now, and interestingly enough a couple of the other Peepers go over to him and look like they’re mad at him. They looked like they were yelling at him and then walking away angry. I figured they were saying “If you hit that guy all those friend of his will do whatever, yadda yadda yadda” but my girlie said it was more likely them mad at him for not hitting me.

I’m not exactly sure what will happen if I get hit by a peepers, but I’ll be sure to fill everybody here in if it happens.

Type in “Jesus” into Google and guess who’s not only 2, but also beating out Wikipedia! Yes, I really am this easy to please! Does that mean people care more about my dressup than the actual definition of Jesus? I realize that there’s no controllable logic or understandable sense to the decisions Google.com makes on a daily basis, but this one makes my day.

That all said, lemme also trumpet the visit to Kentucky I’m making in a couple weeks! Boy am I excited to go there, and they’re excited as hell to be hosting me that weekend! I’ve never been to KY so I have very little idea of what to expect when I get there. I do know that I’m pretty sure I’m gonna get a tattoo at Electric Devil Tat (the place that’s hosting me), and I have to admit I’m only partially decided on what I’m getting, and where. I’ll let you all know afterwards.

Anyhow, I just wanted to let you all know I’m here still, I just haven’t felt like blogging anything until now. Google Jesus. I love when this happens. 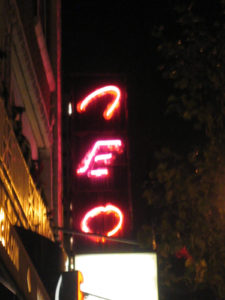 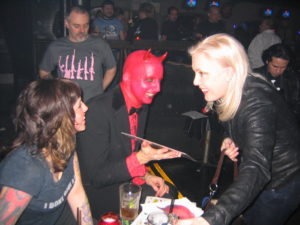 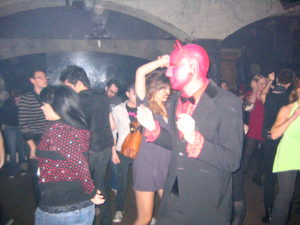